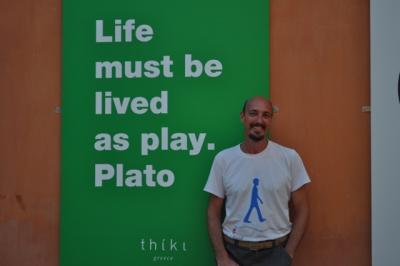 Simone Borghesi is full Professor of Economic Policy at the University of Siena. After graduating in Economics at the University of Siena (1995), he obtained a Master in Economics at University College London (1996) and a Ph.D. in Economics at the European University Institute (2001). He worked for the International Monetary Fund (1998) and the ENI Enrico Mattei Foundation (1999). In 2012 he was invited to the United Nations at the Meeting on "Happiness and Well-Being: Defining A New Economic Paradigm". He was a visiting scholar at INRA, Grenoble (2013), at Cambridge University (2015) and at ETH Zurich (2016). He is currently President Elect of EAERE (European Association of Environmental and Resource Economists) and Secretary General of the Policy Outreach Committee of EAERE. From September 2017 he is Director of FSR Climate, the Robert Schuman Center's climate change research unit at the European University Institute. He is also member of CEPR-RPN (Center for Economic Policy and Research - Research and Policy Network), and of the Academic Advisory Council of the Center on Regulation and Markets of Brookings Institution (Washington D.C.). In the period 2018-19 he has been President of IAERE (European Association of Environmental and Resource Economists). He takes part in numerous national and international research projects on environmental issues, both as participant and as head of the research unit at the University of Siena. He has published three books and over 80 articles in international collections and journals, including Ecological Economics, Ecological Modelling, Ecological Indicators, Economic Modelling, Economics of Innovation and New Technology, Energy Economics, Environmental and Resource Economics, Environmental Science and Policy, Journal of Cleaner Production, Journal of Economic Dynamics and Control, Journal of Economic Surveys, Journal of Evolutionary Economics, Journal of Socio-Economics, Research Policy, Scandinavian Journal of Economics. His work deals mainly with globalization, economic growth and sustainability of development, with particular regard to environmental issues. 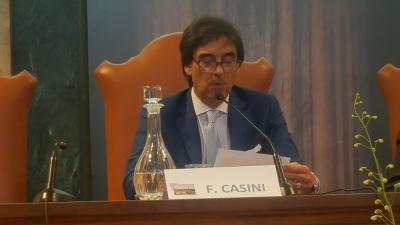 Fabio Casini is Associate Professor in the Scientific Disciplinary Sector SPS / 06 (History of International Relations), at the Department of Political and International Sciences (Dispi) of the University of Siena. He teaches History of International Relations (module 60 hours - 9 credits) and History of Diplomacy (module 60 hours - 9 credits). In addition to teaching and research activities, he is Delegate for Didactics and Study Plans for the Master's Degree Course in International Sciences (LM52), Head of the Orientation and Tutoring projects of the Dispi. He has carried out studies and research in Archives and Institutions in Italy and abroad; he has lectured at other universities and has participated in national and international seminars and conferences. His research interests span several fields. In particular he devoted himself to studies on the period between the two world wars, highlighting the relations between Germany and Great Britain also in relation to the German resistance to Nazism; the English policy of appeasement and particular moments of the Second World War, such as the Italian campaign, seen through Churchill's trip to Tuscany; he also dealt with the Jewish question, the Holy See and the Shoah and international terrorism. He has published essays, articles and reviews in various journals. It maintains collaborative relationships with AESI (European Association of International Studies). He is a member of the SISI (Italian Society of International History). 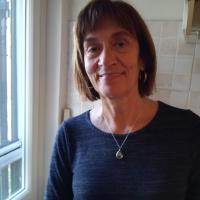 Professor Cherubini has wide experience in working, researching and teaching in Europe and the USA. She is a member of the Fondazione Ernesto Rossi-Gaetano Salvemini and the Management Committee of the Tuscan Society for the History of the Risorgimento. She has also collaborated with the Association internationale d’histoire contemporaine de l’Europe and is a member of many other historical associations. She also acts as coordinator for more than thirty bilateral agreements in the European Erasmus + inter-university exchange program.

Research lines: European pacifism from its origins to the period between the two World Wars; Italian socialism between 1800s and 1900s; Italian universities from Unity to Fascism; the University of Siena and Journalism in the Risorgimento; History of journalism and the transition from the bourgeois public sphere to the emergence of public opinion.

Research Projects: European intellectual networks in 1800s; the debate on the crisis of printed paper on the Italian and international level. 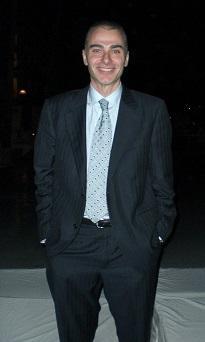 He is also Professor at the LLM programme in Intercultural Human Rights at the St. Thomas University School of Law, Miami (FL), USA, and Professor at the Tulane-Siena Summer School on International Law, Cultural Heritage and the Arts. He has been Consultant to UNESCO (Paris) and Counsel to the Italian Ministry of Foreign Affairs for international negotiations related to cultural heritage. He has been the Rapporteur of the International Law Association (ILA); ‘Committee on the Rights of Indigenous Peoples’ and is currently Rapporteur of the ILA Committee on the ‘Implementation of the Rights of Indigenous Peopless’. He has been visiting professor in several foreign universities, including the University of Texas in Austin, the Charles University of Prague, the St. Thomas University School of Law in Miami, the universities of Wellington and Waikato Te Piringa, in New Zealand, the University of Tulane in New Orleans, the Romanian-American University in Bucharest, and the Central European University in Budapest. In 2011 he was Professor at the Academy of European Law at the European University Institute in Fiesole and is member of the editorial committees of the Italian Yearbook of International Law, the Intercultural Human Rights Law Review, and the editorial series Cultural Heritage Law and Policy (Oxford University Press). He has published seven books (including two monographs) and over 100 academic articles. 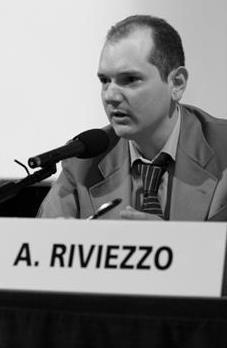 From December 27, 2012 to December 26, 2015 served as a junior researcher of Constitutional Law at the University of Sassari, Department of Law.

From March 1, 2004 to February 28, 2007, has held a research grant at the Department of Law at the University of Modena and Reggio Emilia.

On February 27, 2004, he obtained a Ph.D. in "Law and Economics of public and private companies" at the University of Sassari.

He is registered in the Register of Attorneys at the Court of Sassari since 1999. 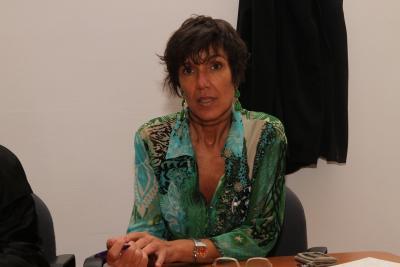 Maria Vella is a professore aggregato in Economics and Management of the Third Sector. Creator and scientific director of LET'S GO, a laboratory for news professionalism for the Third Sector. She has organized several Conferences on Co-operation and the Third Sector, with the participation of non-profit, institutional and academic representatives, to deepen the theme, to initiate conventions and to spread the theme of solidarity and ethics in business. She has performed consultancy activities for co-operatives to draw up their respective social accounts. From 2015 she is also Director of the Master (MUTUASI) in Healthcare. Since 2007, as an expert in the Economy of Cooperation, she is a member of the Consultation of the Cooperation established in the Tuscany Region. She is the author of university textbooks and, recently, articles on specialized journals on the growing role of the Third Sector for Individual Well-Being and the Social-Health Sector, where research continues. Member of the Teaching Committee in Social Services Sciences. Teacher tutor for 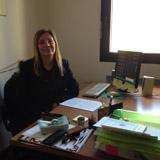